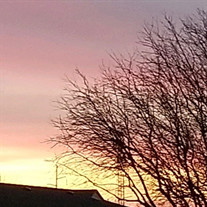 Not sure what to send?

Kenneth “Kenny” Ray Vance was born May 4, 1981 in Papillion, Nebraska to Julia Vance and Cyrus Kenneth Vance. He was raised in Papillion, Nebraska. Kenny attended and was a 1999 graduate of Papilion-LaVista High School. He worked as a foreman for Midwest Fence and Guardrail in Ralston. He was a hard worker, took pride in his work, and was an expert in his field. Family was everything to Kenny. He and his mother, Julie, shared a very special bond. She was his biggest fan and very best friend. He also had a very special love for his younger brother, Josh, who was his childhood partner in crime and lifelong friend. In 2005, he welcomed his daughter, SkyAnn Kalin, into the world. He was also a loving uncle to Atticus and Oliver Kenneth. The three of them were the light of his life. Kenny also regarded his friends as family and loved each one of them dearly. Kenny was truly one of a kind. He was an amazing guy with a great personality with unwavering loyalty and a heart of gold (and, of course, purple). His smile could light up a room and his laughter was contagious. He loved to be silly and make others laugh. Everyone who ever met him, loved him. He truly knew no stranger. Kenny was also an avid Minnesota Vikings fan. Football season was his favorite time of year. He and his brother, Josh, spent many hours discussing their fantasy football teams and talking about statistics. He was also a competitive board game player, excellent dj, and great dancer. Kenneth was preceded in death by his Uncle Jerry Lewis; Grandpa Jerry Lewis; Grandmother Janice (Gelecki) Lewis. He is survived by his Mother and Best Friend Julie Vance; Brother Josh (Hanna) Vance; Daughter SkyAnn Kalin; Nephews Atticus and Oliver Kenneth; Brother CJ Vance-Gidi; Father Cyrus Kenneth Vance; Aunt Sandy Lewis; Cousins Justin (Angel) Lewis and Amy Lewis as well as many more friends and family. Memorials can be directed to the family.

The family of Kenneth R. Vance created this Life Tributes page to make it easy to share your memories.

Send flowers to the Vance family.