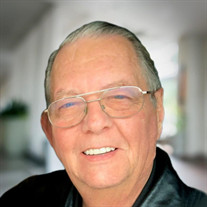 John Roger Groff was born December 21, 1945 in Phoenixville, PA, the only child of Roger Melvin Groff and Virginia Quay Olds Groff. Many don’t know Roger by his first name, John, as it wasn’t used even by his mother. He was Roger from the start. He remained a Pennsylvania boy all of his childhood, attending school there, making his friends, learning his way around a golf course, running his trap line, and running with the other neighborhood kids. His father was an accountant for a local dairy company and his mother taught PE at a local school. Growing up and coming of age in Pennsylvania, it’s no wonder that he had a passion for the history around the birth of this nation and would later come to serve in the United States Air Force. After graduating from Phoenixville Area High School, Roger attended one year at Wyoming Seminary, a summer term at Kent State and a summer term at West Chester State College. He later earned his master’s in education from Livingston University. He also started working regular summer jobs in 1965, first at the local golf course, then as a machine operator at a company called Synthane, Inc for a few years, followed by a delivery job for Pennypacker & Sons, and dock work at Tose, Inc. After graduating from Wittenberg University with a degree in biology in 1968, Roger enlisted under the delayed enlistment program and then entered OTS (Officer Training School) in 1969. Roger’s time in the USAF was far from mundane, and he entered undergraduate pilot training in 1969 at Craig AFB in Alabama. In 1970 he graduated and was assigned to Hurlburt Field, FL where he trained in the O2-A to become a Forward Air Controller. He was then assigned to the 21st Tactical Air Support Squadron at Phan Rang AB, Vietnam from 1970-1971, where he flew 320 combat missions. While completing these missions he earned 2 Distinguished Flying Crosses for his actions in combat, among several other commendations. In late 1971, Roger was reassigned to Craig AFB as a T-38 instructor pilot and Flight Commander. He achieved much during his time at Craig, amassing nearly 1000 hours as an instructor pilot. He was then selected to participate in the Air Staff Training Program and reassigned to Randolph AFB in Texas in October 1976. It was during this time that he met Lannis Joy Larson, who was also in the Air Force, and they were married on July 9, 1977. They continued in joint service with assignments in Korea and Nevada until Lannis separated from the service in 1982 and began to focus on son Carson and the upcoming birth of their daughter, Taylor. The family moved to MacDill AFB in Florida in 1982 where Roger completed his training as an F-16 Instructor Pilot. During their time in Florida, Roger was baptized a member of the Church of Jesus Christ of Latter-day Saints and he continued to strengthen his faith in Christ throughout his life. In 1985, son Dustin joined the family and they remained at MacDill until Roger retired in March 1989. Roger excelled during his time in his F-16 units with many recognitions bestowed on him, including the “best seen to date” in TAC and also the Ninth Air Force “Aircrew of Distinction Award” for recovering a severely damaged F-16 after an in-flight fire. After retiring from the United States Air Force, Roger joined USPA and IRA and began to offer financial planning and other services to the men and women of the armed forces. In July 1993 Roger moved his family to Bellevue, Nebraska, near Offutt AFB, and joined the USPA and IRA team there. The move to Nebraska brought them closer to Lannis’ family in South Dakota and effectively closer to Roger’s mother in PA. Roger excelled during his time at USPA and IRA, earning many awards and recognitions, and enjoying the success brought on by his efforts. Unfortunately on February 19, 2000, Lannis passed away after a long and valiant fight with cancer. Roger’s dedication to her never faltered, and he continued his devotion to her even to his last days. USPA and IRA became First Command in 2004 and Roger continued to excel in his service to his clients in the Offutt AFB area. He was well loved and active in the Suburban Rotary Club of Omaha and participated in many Wounded Warrior and Chamber of Commerce events. In 2008 Roger and some of his fellow advisors formed an LLC, bought property in Papillion, NE and partnered with a local contractor to construct the building that still houses First Command’s local office. Roger retired from First Command in 2017 after nearly 28 years serving military and civilian clients as a financial advisor. He deeply enjoyed his ‘second career’ and after retirement continued to visit both the office and the air force base, spreading laughter, candy, and stories. Roger’s various passions and hobbies included woodworking and general handyman work, yard work, hunting, fishing, gardening, canning pickles and jams, pulling pranks, and blessing others. He was generous, kind, good, patient, loyal, strong, gentle, smart, and ambitious. He was a family man, a loving husband, and a follower of Christ. He was a proud veteran and a prouder grandpa. Roger passed away on November 21, 2021 after a long battle with Alzheimer’s disease, with his three children by his side. He will be greatly missed by all those he leaves behind. Roger is survived by his children: Carson (Jennifer) Groff, Taylor Gardner (Austin), and Dustin (Alyssa) Groff and grandchildren: Jenson, Carlee, Jace, Cohen, Jadely, and Carson Groff Jr., Dallin, Addie, Paisley, Briggs, and Crew Gardner, and Pria, Evalette and Naomi Groff. He is now reunited with his parents and Lannis, his one and only. Service information below. Friday, December 3, 2021 The Church of Jesus Christ of Latter-day Saints 12009 S 84th Street, Papillion, NE 68046 Viewing/Celebration of Life 12:00-2:00 pm Funeral and Military Honors 2:00 pm Virtual Option: https://tinyurl.com/3C455AU2 The family will hold a private graveside service in Watertown, SD, where he will be laid to rest next to Lannis.

John Roger Groff was born December 21, 1945 in Phoenixville, PA, the only child of Roger Melvin Groff and Virginia Quay Olds Groff. Many don&#8217;t know Roger by his first name, John, as it wasn&#8217;t used even by his mother. He was Roger... View Obituary & Service Information

The family of John Roger Groff created this Life Tributes page to make it easy to share your memories.

Send flowers to the Groff family.