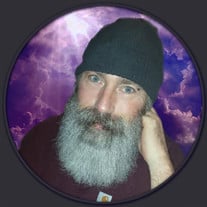 Scott Livingston, 52, passed away on Thursday, September 16, in his home after a trying battle with cancer. Scott is survived by his wife Tiffany Livingston; his stepson Peyton Czerwinski; his father Dwight (Ronda) Livingston; his mother Sandy Livingston; mother-in-law Rita Kraft; father-in-law Roger Kraft; siblings Brian Livingston, Trisha (Matt) Jorgensen, Karie (Lester) Sheets, Matt Hagert, Brad (Paula) Kraft, Sue Kraft, and Denise Kraft; along with many other members of his family. Scott was born in Lincoln, Nebraska to Dwight Livingston and Sandy (Mueting) Livingston. He then moved to Colorado Springs, Colorado and Clovis, New Mexico, then back to North Platte, Nebraska where they stayed until he was a teenager. Eventually, he made his way back to eastern Nebraska and graduated from Millard South in 1987. Scott met Tiffany in December of 2002, through a mutual friend. One photo of pizza later and Scott and Tiffany started dating. They bought their house together in 2007 in La Vista, Nebraska and were officially married a few years later, on October 4, 2012 at Vala'sS Pumpkin Patch where they went every year. Scott and Tiffany shared a wonderful life together full of fun camping excursions and adventures to Colorado. Scott also spent a lot of quality moments with his stepson Peyton. They shared their love of video games, skateboards, riding bikes, watching movies, skygazing and camping together. Scott had a passion for football, specifically watching the Buffalo Bills, and he enjoyed motorcycles and will forever cherish the fact he was able to ride a few times with Peyton. Scott also shared a great love for all things creepy and comical. He loved going to the comic book store not far from his home and loved to collect a variety of interesting items. Scott delighted in playing tricks on people to creep them out and get them to smile, along with giving himself a good laugh. Everyone who knew Scott knew he was the classic jokester. Scott was also a very talented musician and was in a band, “Pool Boy Rob,” for many years. Also, he cherished his Saturday nights watching Svengoolie with his family and creating unforgettable memories with them. And in the wise words of Scott, “Make like a tree and get out of here.”

Scott Livingston, 52, passed away on Thursday, September 16, in his home after a trying battle with cancer. Scott is survived by his wife Tiffany Livingston; his stepson Peyton Czerwinski; his father Dwight (Ronda) Livingston; his mother Sandy... View Obituary & Service Information

The family of Scott P Livingston created this Life Tributes page to make it easy to share your memories.

Send flowers to the Livingston family.