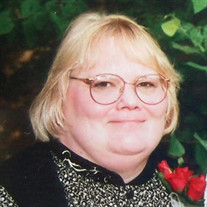 Rachael was born in North Platte, Nebraska to Elmer and Ardis Ward. The oldest of 4 and the only girl, she often played “hospital” with her brothers. Rachael dreamed of being a nurse and a mom since she was a little girl. When she was in 8th grade, her family moved to Omaha where Rachael was active in Bluebirds and with her church youth group at Rockbrook Methodist Church. In 1965, she graduated from Westside High School and went on to fulfill her dream of becoming a nurse. Rachael graduated from Nebraska Methodist School of Nursing in 1968 just a few months after marrying Charles Sharp. On March 21, 1969, Bryan Charles was born and Rachael’s dream of becoming a mother came true. Exactly 21 months later, and 2 days before Rachael’s 24th birthday, Michelle Marie was born on December 21, 1970. Kristine Louise rounded out the family of 5 when she arrived 4 weeks late on January 29, 1973. After being a single mom for a few years, Rachael married Burdette (Birdie) Sabata in 1982. She was so grateful to Birdie for helping to raise Bryan, Michelle & Kristine. Rachael became the stepmom to Victoria and Todd and, soon after, helped to welcome their children: Greg, Christa, Stephanie and Michaela. Not long after Kristine married Patrick in 1999, more grandchildren were welcomed: Paige, Abigail, Parker and Avery. Cinnamon Anne (a mutt Kristine found “Free to a Good Home” in front of the old K-Mart on 84th St.), Snowball (an elderly rescue Westie) and Suzy (another Westie rescue) were a few of her most beloved pets. Rachael also loved birds; Junior, a cockatiel, and Georgie, a parakeet, were really Birdie’s birds, but she also cherished them! During her long nursing career, Rachael worked at several hospitals in the area, including Clarkson, Methodist and Bergan. Her career was primarily as an overnight nurse, including time spent as a Charge Nurse and an OB/GYN nurse. Before she retired in 2004, she was an overnight nurse for in-home Hi-tech pediatrics. Traveling was also something that Rachael enjoyed. Some of her most loved destinations included Rocky Mountain National Park, Grand Canyon and Outer Banks, NC. She often spoke about how blessed she was to have been with Bryan, Michelle and Kristine when they saw the awesomeness of the Grand Canyon for the first time. Rachael loved to be crafty! She often made clothes for her kids, floral arrangements, afghan blankets, crosstitch projects and many other items using her hot glue gun! Her most amazing creations, however, were handstitched quilts. She made over 100 quilts, including baby quilts, matching bedspreads & pillow shams, and many wedding and anniversary gifts for friends and family. Rachael is preceded in death by her parents Elmer and Ardis Ward; husband Burdette Sabata; and brother Keith Ward. She is survived by her children Bryan Sharp, Michelle Sharp, and Kristine (Patrick) Wolfe; step-children Victoria (Jim Sullivan) Charter and Todd Sabata; grandchildren Paige, Abigail, Parker, Avery, Greg, Christa, Stephanie, and Michaela; brothers Russell Ward and Richard Ward; and many nieces, nephews, and other family.

Rachael was born in North Platte, Nebraska to Elmer and Ardis Ward. The oldest of 4 and the only girl, she often played &#8220;hospital&#8221; with her brothers. Rachael dreamed of being a nurse and a mom since she was a little girl. When... View Obituary & Service Information

The family of Rachael Lee Sabata created this Life Tributes page to make it easy to share your memories.

Rachael was born in North Platte, Nebraska to Elmer and Ardis...

Send flowers to the Sabata family.