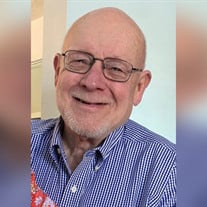 Mike was born on December 4th, 1943 in Vicksburg Mississippi. Mike's father Major James P. Mallory was deployed prior to Mike's birth and subsequently died in Normandy 6 months later. Mike's mother Elizabeth "Boo" Mallory later married George Davis when Mike was 13 years old. Mike grew close with George and loved him as a father. Mike attended Bowmar Avenue Elementary School where he met his future wife Vivian Huff in 5th grade. They attended Carr Central Jr High together as well as HV Cooper High School. Mike and Vivian started dating in 10th grade and graduated together in 1962. Mike attended the University of Mississippi and graduated with a Bachelor's degree in Political Science. Mike and Vivian got married in 1964 after Mike had completed his first year of college. They had their first daughter, Beth, a year later in Oxford Mississippi. Mike earned his Masters Degree in Public Administration from the University of Alabama. While attending Ole Miss, Mike was an active member of the Sigma Chi Fraternity, ROTC, and a longtime Ole Miss football fan. After graduating from UM, and joining the Military, Mike then was sent to Vietnam for a 12 month deployment. After serving in Vietnam, Mike attended Jump school in Fort Bragg. Mike and Vivian went on to have their second daughter, Kelly, while living in North Carolina in 1971. Their son Michael A.D. and daughter Leah were later born in Huntsville, Alabama in 1980 and 1983. Mike attended The United States Army Command and General Staff College in Leavenworth Kansas. Mike was commissioned into the Army as a 2nd lieutenant in 1968 and throughout his station had been promoted to Lieutenant Colonel by the time he retired in 1993. In his time with the Army Mike and his family were stationed in many places including Georgia, Maryland, North Carolina, Arizona, Germany, Alabama, Kansas, Florida, The Republic of Panama, and Nebraska. Mike and his family settled in Papillion, Nebraska in 1989 when Mike was stationed at Offutt Air Force Base. Mike was a board member on the City of Papillion Planning Commission for 19 years. After military retirement Mike worked for 13 years for the state of Nebraska Environmental Protection Agency. Mike was a season ticket holder to the College World Series and loved attending games with friends and family. Mike's children are very proud of their dad's 31 years of sobriety. Mike was an avid book reader and volunteered at the local Papillion library. Mike loved nothing more than to sit on his back porch with a cigar, his dog Missi, and a book. Mike was preceded in death by his parents Major James P. Mallory, Elizabeth Mallory Davis and George B. Davis; Nephew Miles Mallory, Great Niece Ashley L. Ogren, and Great Nephew Joshua Adam Morgan. He is survived by his loving wife of 58 years Vivian H. Mallory; children Beth M. (Mark) Garcia, Kelly M. (Patrick) Leonard, Michael A.D. (Carly) Mallory, Leah M. Mallory (Steve); grandchildren Mallory J. Leonard, James M. Mallory, Gideon L. Ramirez, Miles P. Leonard and Olivia V. Mallory; Siblings James P. (Sue) Mallory and Bette M. (Gerald) Morgan. Mike was well loved by numerous nieces and nephews. Mike thoroughly enjoyed his four-legged friends Missi, Manny, Molly and Gra-c. For those unable to attend the memorial service Bethany Funeral Home is providing a Livestream of the service. In Lieu of flowers the family has suggested all memorials may be directed the Wounded Warrior Project.

The family of Michael A. Mallory created this Life Tributes page to make it easy to share your memories.

Mike was born on December 4th, 1943 in Vicksburg Mississippi....

Send flowers to the A. Mallory family.